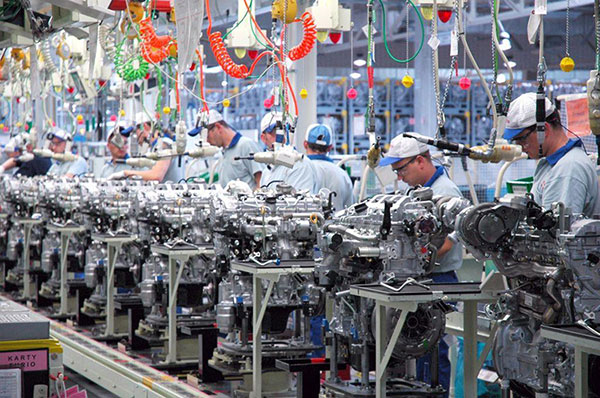 Toyota Motor Europe announced on 20 October that it will start production of a hybrid transaxle in 2018 at Toyota Motor Manufacturing Poland (TMMP) in Walbrzych, as well as launch a production of two petrol engines – a 1.5L in 2017 and a 2.0L in 2019 – at Toyota Motor Industries, Poland (TMIP) in Jelcz-Laskowice. Combined, the new projects represent an additional investment of approximately 150m euros, bringing the total investment to-date of Toyota’s manufacturing operations in Poland to over EUR 950m, since operations started in 2002. The projects was serviced by PAIiIZ.

The investor also plans to develop R&D activities in the assessment of the quality and strength of materials for the engines production. The beginning of investment is planned for July 2017, and the production of new engines for September 2019. The value of investment in Jelcz-Laskowice is estimated on approx. PLN 371 m. In 2018-2020 TMIP will employ approx. 50 people.

This will be the first production centre of Toyota’s hybrid technology combined with the R&D activity outside of Asia and the second outside Japan. It will allow the company to transfer special know-how to Poland. Investment in Wałbrzych is worth approx. PLN 278 m and will create dozens of new jobs by 2018.

Toyota operates in Poland since 1991. Including all subordinate companies, Toyota employs approx. 3,000 people. The value of existing investments of the group in Poland is around EUR 760 m.